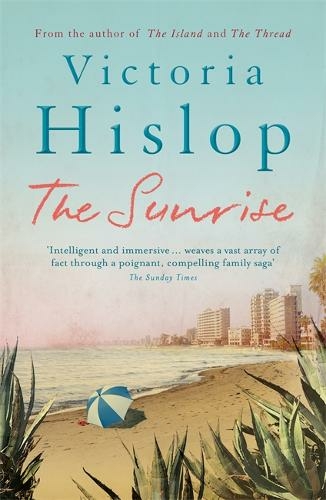 Set in the dreamy Mediterranean resort of Famagusta in 1972 Cyprus, The Sunrise follows the story of an ambitious couple who are about to open the island’s most glamorous and spectacular hotel. But beneath the glitz and glamour racial tension is brewing between the island’s inhabitants. The book tells the tale of terror, turmoil and bloodshed, as well as enduring friendship.

Once you’ve picked this book up, you’ll find it very difficult to put down.

2. Spain: If You Were Me – Sheila O’Flanagan

On a balmy evening in the Spanish city of Seville, Carlotta is looking forward to her future with her fiancé, Chris. But then everything is turned on its head when during a trip to Seville she meets Luke Evans, her first true love who broke her heart. He’s so much different now – having turned from a young, foolish boy into an intriguing and handsome man. Suddenly Carlotta doubts her future plans, knowing the decision she makes now will shape the rest of her life.

This romantic novel will pull at the heart strings of all women who can remember their first love. 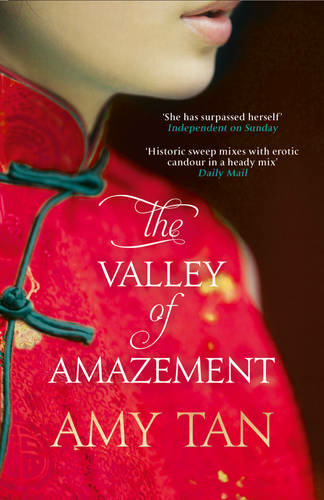 Step back in time with The Valley of Amazement, a story about life as a courtesan in early 20th century China. Spanning fifty years, the book follows the life of Violet Minturn, who is forced to separate from her mother and become a virgin courtesan at the start of the revolution. Later becoming a sharp businesswoman; her success disguises her personal turmoil. Searching for answers to make sense of her life, Violet embarks on a journey of self-discovery.

The books tells a bittersweet story of loss, identity and secrets, providing you with an insightful glimpse into life in 20th century China. 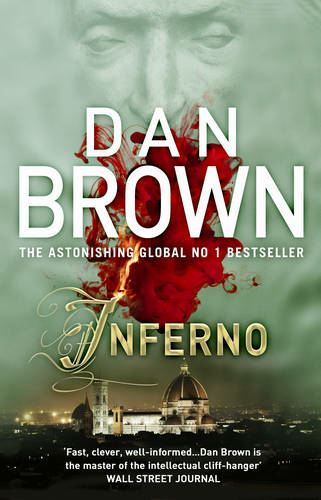 An exciting thriller and real page-turner, Dan Brown’s Inferno offers another installment of the story of Robert Langdon, who wakes in a hospital with no recollection of how or why he is there. Suddenly, Langdon, accompanied by young nurse Sienna Brooks, find themselves on the run from unidentified pursuers. Negotiating Florence’s hidden passageways, they must decipher clues and codes buried deep in Renaissance artefacts and guided by a few lines from Dante’s epic, Inferno. If they find answers, they could save humanity from an evil force.

Dan Brown has certainly done his research on the historical elements of this story, and Florence provides a majestic, mesmerising and mysterious setting for this gripping, race-against-time thriller. 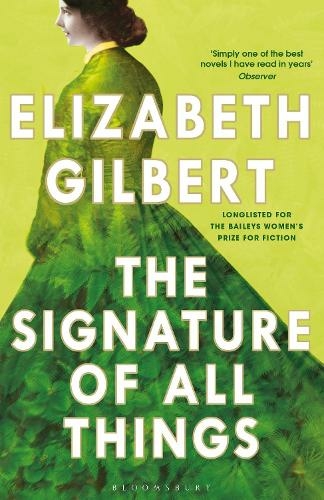 Tread carefully with this book if you’ve been harbouring a burning desire to cash in your savings and set off to explore the world; it may just provide the inspiration you need. Alma Whittaker is intrigued by everything around her. She looks up to her father, a botanical explorer and the wealthiest man in the New World. Following his footsteps, Alma becomes a gifted botanist, though the man she falls in love with leads her into a spiritual and magical world. Alma embarks on a globe-trotting adventure, recalling her experiences and the people she meets in all corners of the world, from Peru to London, Philadelphia and Tahiti. 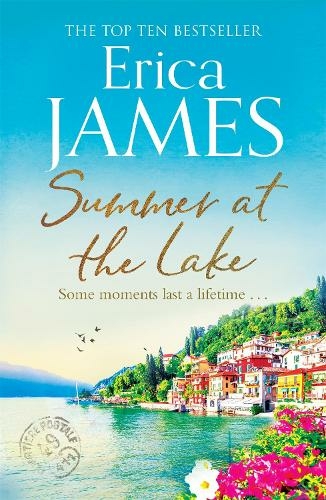 The stunning Lake Como in Italy provides a stunning setting for Erica James’ Summer at the Lake. Oxford tour guide Floriana is content with her life until she receives a damning wedding invitation, sent to her by the man she is madly in love with. Distracted by the thought of him marrying another woman, she fails to see a car driving towards her. Luckily, she is saved by Esme and Adam, who rush to her aid. One wedding invitation sets off a chain of events for Floriana, which sees the lives of strangers intertwining in a story about love loss, fate and second chances. 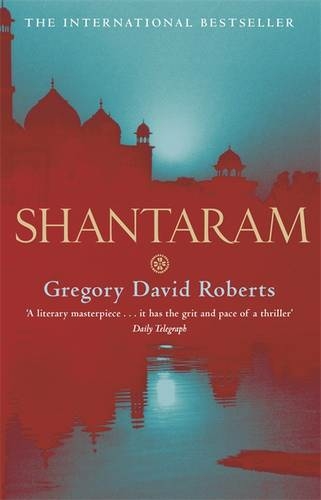 Shantaram is a true story based on the life of the author, Gregory David Roberts. Set in India’s Mumbai in the early 1980s, armed robber and heroin addict Roberts escapes from an Australian prison to end up living in a Bombay slum. There, he opens a free health clinic, gets involved with the mafia, fights in Afghanistan and meets his true love. Shantaram tells an extraordinary tale, where Roberts gives an intriguing, vivid and at times exceptional account of his time in Mumbai. 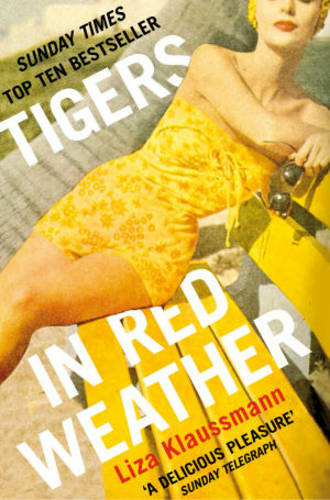 Cousins Nick and Helena have grown up together, spending many summers at Tiger House in the Hamptons, USA. Now married with children, but still returning to the Tiger House, there is bound to be one summer that changes everything for the cousins and other residents of the affluent Martha’s Vineyard.

The story is an exciting mix of love, glamour, lust, sex, money and secrets all rolled into one. 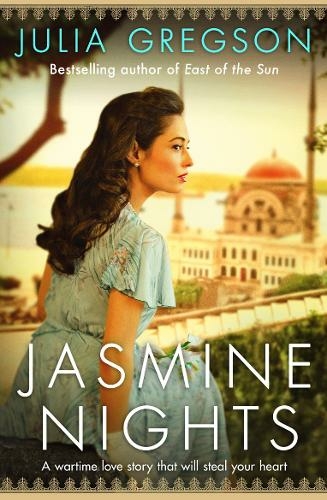 It is 1942 and World War II is tearing through Europe. Saba, a beautiful young girl, defies her parents’ wishes in order to become an entertainer to the troops. She embarks on a journey with ENSA, singing to soldiers across the Middle East, from Cairo and Alexandria to Istanbul. During her travels Saba meets fascinating characters from all walks of life, from soldiers and spies to double agents, film stars and diplomats. 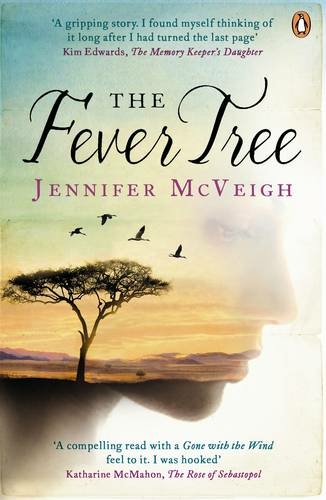 The Fever Tree tells the tale of Frances Irvine, who in 1880 is forced to emigrate to the Southern Cape of Africa following the sudden death of her father. She abandons a life of privilege in England’s capital, having instead to live in a gravely unsettled country. There, she meets two very different men and is propelled into a world of greed and exploitation when an outbreak of smallpox leads her to the diamond mines. Through everything, Frances is finally able to find happiness, but is faced with a decision that could change everything. It is the realistic and engaging writing that makes the story so enchanting and the book so difficult to put down. 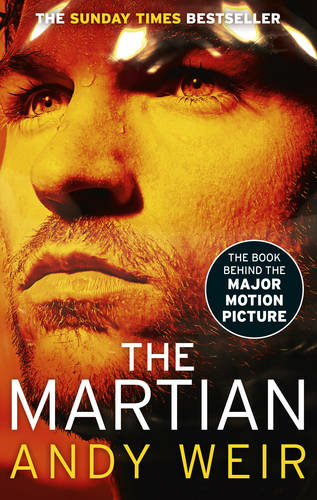 The ultimate sunny getaway, we couldn’t resist including the debut novel by Andy Weir; The Martian. The story follows the life of Mark Watney, who finds himself stranded on the red planet with no way of communicating with Earth. Convincing and realistic with obvious signs of thorough research, this book is a compelling read and perfect for those of you that really need to get away from it all.

Richard & Judy Introduce One of the Girls by Lucy Clarke